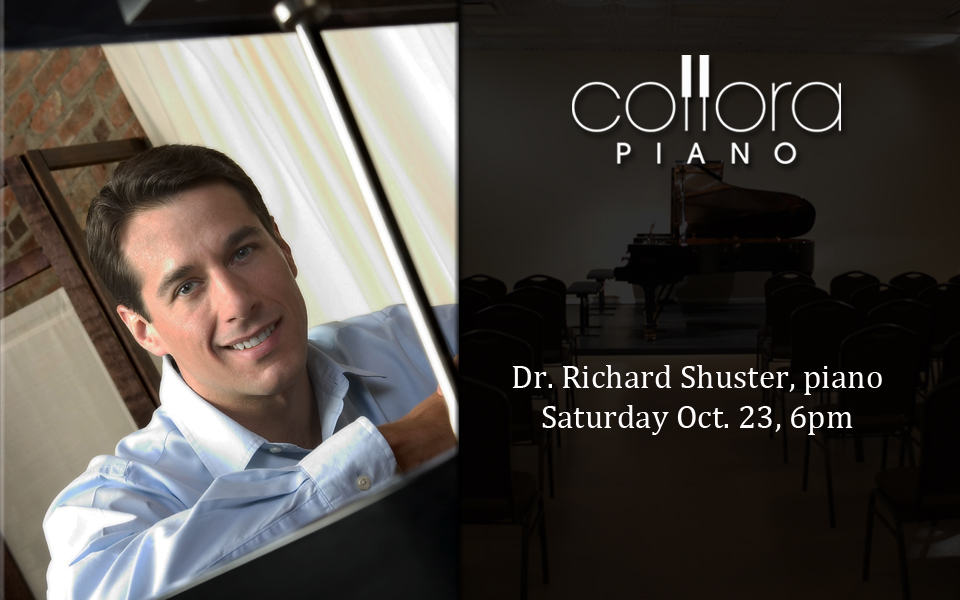 Shuster is in demand as a guest teacher and adjudicator, and he is an active performer of a wide range of solo and chamber repertoire. He has performed the piano music of Gabriel Fauré extensively in the U.S. and abroad and was a featured performer at the Focus on Piano Literature: Gabriel Fauré conference at the University of North Carolina Greensboro.

“Last but hardly least, pianist Richard Shuster gave a presentation of the Nocturnes, playing six of them while significantly enhancing his listeners’ awareness and appreciation of the magic Fauré wrought in them across a 46-year period, starting around 1875. Stunning.” – John Lambert, Classical Voice of North Carolina

“Shuster… seems totally at home with this idiom. He brings each to life and has no technical limitations. There is an insight here that only a master musician can bring. Singing melodies, complex chromatic harmonies, and a surprising amount of counterpoint are all balanced and shaped… Shuster’s legato playing serves the beautiful melodic sections very well. It is rare to hear a disc so captivating… I will return to this often.”  ­­– James Harrington, American Record Guide

In addition to performing solo repertoire, Shuster is an accomplished chamber music performer and regularly collaborates on works large and small with accomplished musicians in the north Texas region. He has performed with a number of local established groups including Mount Vernon Music’s Orchard Ensemble and with musicians of the Fort Worth Symphony on the Spectrum Chamber Music Society concert series.

“C’est l’heure exquise,” the singer sings in the third number of Gabriel Fauré’s La bonne chanson (“The Good Song”). And so it was Wednesday evening at Texas Woman’s University’s Margo Jones Hall, as tenor Derek Chester and pianist Richard Shuster presented as exquisite an hour’s worth of music as could be imagined...the two musicians shared rare sensitivity to texts, textures and harmonic subtleties.” – Scott Cantrell, Dallas Morning News

Recently, Shuster was featured as a guest soloist with the Texas Woman’s University choirs in a rare performance of Enrique Granados’ Cant de les Estrelles, a colossal work for piano solo, triple chorus, and organ.

Shuster has served as guest teacher and adjudicator at a variety of institutions in the United States and abroad including the week-long Seattle Young Artists Music Festival. He spent one month teaching, performing, and leading curriculum development activities at St. Paul University Manila, Philippines as a Fulbright Specialist. He presented a session on the online pedagogy practicum of his hybrid piano pedagogy class at the Group Piano and Piano Pedagogy Forum (GP3) in Cincinnati, Ohio. He has been a guest teacher at the Vienna International Piano Academy in Austria, Marco Polo Festival in Querceto, Italy, and Mukogawa Women’s University in Hyogo, Japan. He has also traveled extensively throughout Taiwan serving as master class teacher and examiner for the International Piano Performance Examination Committee.